City of Varna - The sea capital of Bulgaria

Varna is the third largest city in Bulgaria and the largest on the Bulgarian Black Sea coast, occupying an area of ​​205 sq. Km. The location of the city on the northern coast of the Black Sea, as well as the rich natural resources, make it one of the most famous resorts in Europe and the largest in the Black Sea region. At the same time, it is a crossroads between the Middle East and Western Europe.

Climate
Varna is located on the west coast of the Black Sea, thanks to which it enjoys a mild climate all year round. The coldest time of the year is usually from December to March, when the average temperature varies between 5 and 10 ° C. Summer begins in early May and lasts until early October. Summer temperatures usually vary between 25 C and 35 degrees C, with the most pleasant months to go to the beach and enjoy the sun being July and August. Sea temperature during the summer months is usually around 23-27 degrees C.

Beaches and mineral waters
The region of Varna, which includes the resorts of Golden Sands and St. St. Constantine and Helena are well known for their magnificent vast beaches, warm blue sea, healing mineral springs. In the resort „St.St. Constantine and Helena ”has 7 mineral springs with water temperature between 40 and 60 degrees, without analogue in Europe. In combination with the climate, its impact becomes even stronger. The Golden Sands resort is known as the "Pearl of the Bulgarian Black Sea Coast".

Rapongi Beach - In the shade are nestled beach tents, furnished with elegant light furniture, following the latest fashion style, ensuring absolute relaxation. The beach is spread over 5000 m2, and under the trees you will find beach beds and sunbeds. Teak paths cross the entire palm forest to take you to your place and dream of a beach holiday. The central promenade divides the beach into two parts and will take you straight to the sea. On the one hand you can enjoy peace and quiet, disturbed only by the sound of the waves, and on the other, there is the funniest, craziest and party area - smiles and emotions for all with the icy freshness of many cocktails, summer music and the euphoria of the beach mood.

The officer's beach in Varna is located under a restaurant in the Sea Garden. The sandy strip is wide and spacious, and the sand - fine and golden. There are restaurants and bars, lifeguard posts, paid umbrellas and sunbeds, as well as a free sunbathing area.

The southern beach of Varna has the widest sandy strip. It is called southern because it is located south of the central beach of the city. The sand is fine and clean and the sea is shallow, which makes it suitable for families with children. There are a number of restaurants on the beach where beachgoers can eat, cool off with a drink or play beach volleyball. The beach is equipped with sun loungers and parasols and there are several rescue posts.

Fourth Buna Beach is in the eastern part of Varna, near the Breeze district, Primorski region. The beach is very beautiful and extremely clean. The beach is 361 meters long. The train runs on a route from the Sea Station to the "Fourth Rebellion" and back.

The beach of Asparuhovo - Asparuhovo is a neighborhood located in the southern part of Varna - just after the Asparuhovo Bridge. The beach in the area is wide and quiet. It is not visited by many tourists and is suitable for people who want to enjoy the sea and tranquility. On the beach there are water attractions such as pedal boats, windsurfing and more. Nearby are restaurants where you can buy food and drinks.

Pasha Dere is a locality in the Varna region, near the Galata district of Varna. It is known for its wildlife, untouched by tourism, its clean and wide beaches and lack of urbanization. It is known as a place visited by young people who camp and spend the night there in the summer. Before it are the beaches of Asparuhovo, Galata, Fichoza and Chernomorets hut. It is 15 km away from the city center. It is located near the southern villa zone of the sea capital - Borovets. In recent years, "Pasha Dere" is gaining popularity and now on weekends flock many people who want to relax in a quieter place than the city beaches. The sea is extremely clean and rich in marine species, the beach is also untouched by people - it is not built up.

History
It is the cradle of the oldest European civilization. In Varna you can see the original artifacts of the oldest golden treasure in the world, dated between 4400 - 4200 BC. And this is just the beginning of your historical tour - there are many other treasures from later periods and cultures, such as Thracian, Greek, Roman, Byzantine, Bulgarian and others.

The rich collections of the museums in the city are of exceptional interest among the guests of Varna, moreover, that the fourth largest Roman baths in Europe are among these museums - II - III century AD, when the heyday of Roman Odessos.

Cultural life and festivals
Varna has countless cultural events with the participation of folklore, music, ballet, opera and theater, films and animated presentations - photos, outdoor exhibitions and many art galleries.

Night life
Varna has an impressive nightlife and many say that "the city never sleeps". During the summer months it is almost impossible to find a closed bar or club at night. Many of the summer bars and restaurants are located directly on the beach, close to the Sea Garden.

Varna is famous for its wine grape varieties and the good quality of the wine produced from them. The wineries increasingly offer tastings of their products, presented in an interesting and memorable way.

Festivals are organized dedicated to different delicacies, which are an interesting experience and a touch of unknown culinary traditions. There are also many traditional Bulgarian restaurants in Varna, where you can enjoy local cuisine.

Shopping opportunities
In Varna you can find plenty of modern shopping centers, traditional open-air markets and small shops. There are three big mall centers in the city - Grand Mall Varna, Varna Mall and Mall Gallery. The central pedestrian promenade of the city is dotted with many boutiques and small shops for fine goods.
Objects on Varna city - business trips or vacation at sea - 2
On page:
Sort by: 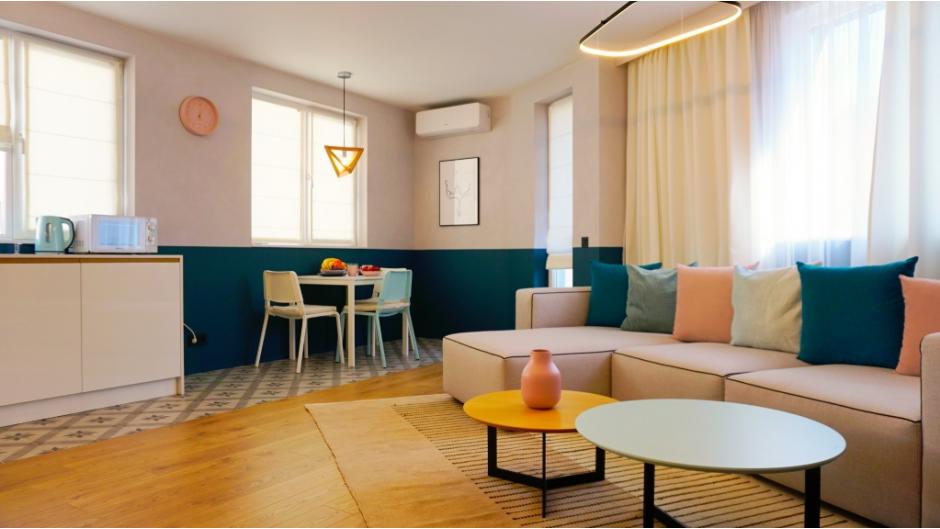 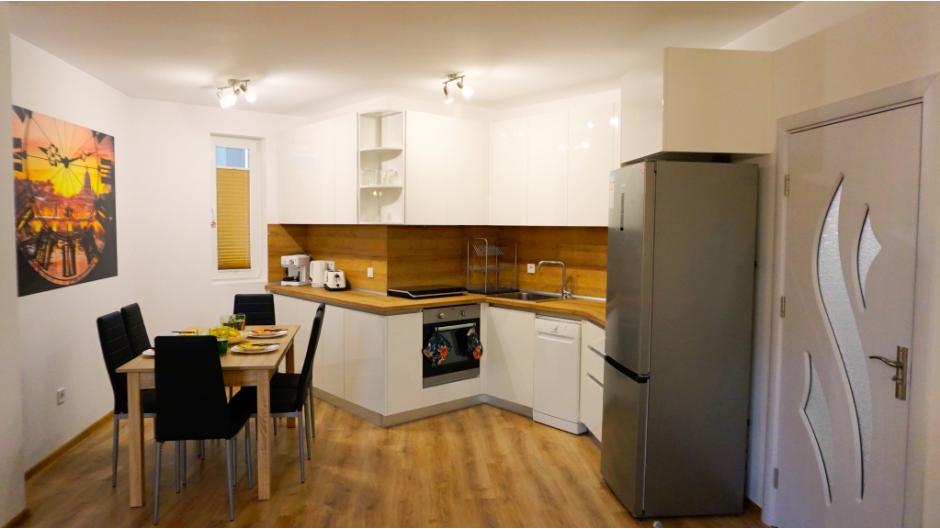