Galata, Varna - information about the region, accommodation and sights

Galata is the smallest district of Varna. It is located in the highest coastal part of the city on the eponymous cape Galata. At its foot is the natural end of Varna Bay. Due to meteorological conditions, ships often stay near it on a raid before entering the port.

Galata is among the elite districts of Varna, although far from the city center. It is located in Asparuhovo district of Varna Municipality. It can be reached via the Asparuhov Bridge and the panoramic road near Varna Bay. The neighborhood uses all the infrastructure of the city and has an exceptional view and mild climate. Near Galata there are clean beaches - Fichoza and Pasha Dere. Nearby is the southern villa area of ​​Varna, Borovets. Another beach nearby is the central beach in Asparuhovo, which is only 3/5 minutes by car - there is a large free parking on that beach, and the strip is very wide and sandy; there are few restaurants on the sand area. Of course, the guests of the Galata can also enjoy the central beaches in Varna, as well as all the restaurants and beach bars on the beach promenade in the city.

For the most part, the Galata area is built up with 1-2 storey houses. In recent years, construction has begun on multi-storey residential buildings, complexes and hotels.

Cape Galata is among the symbols of Varna. Near the cape is preserved beautiful nature, clean, in places rocky, beach with the possibility of fishing and mussel picking, as well as camping. On the left side of the lighthouse, in the direction of Varna, there are stairs that lead to the hotel "Romantica". The place is very beautiful.
Objects on Galata area, Varna - 1 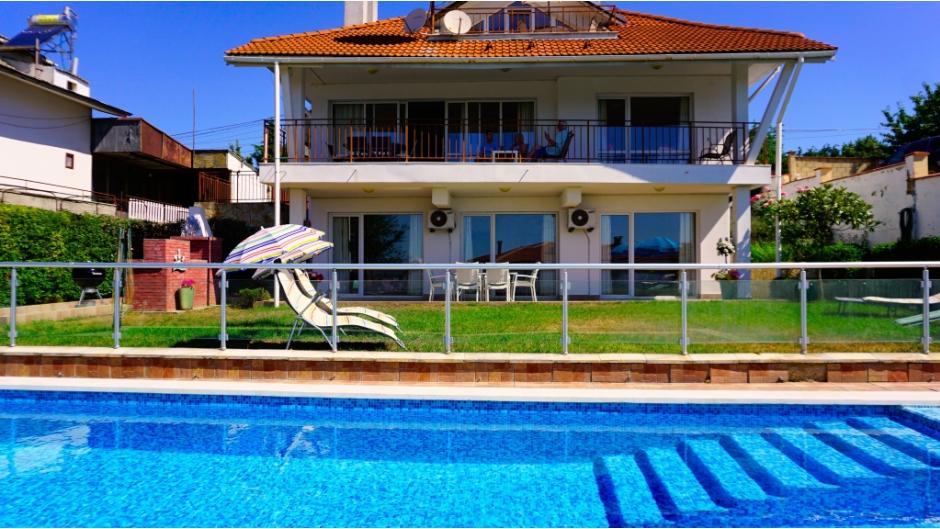